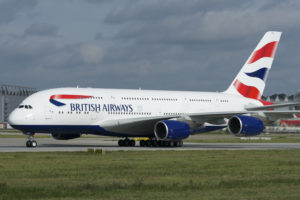 Migliaccio & Rathod LLP is currently investigating British Airways alleged failure to protect sensitive customer data in the wake of a massive data breach. Affected are roughly 500,000 British Airways customers who purchased a ticket between August 21st and September 5th 2018. The data breach includes names, addresses, emails, and sensitive payment information, including a card’s expiration date and Card Verification Value, or CVV. Due to similarities in the code between British Airways’ website and their mobile app, users who purchased tickets through the app were also compromised.

In the UK, the Information Commissioner’s Office–the country’s data protection regulator–has provided notice of its intent to levy a fine of £183 million, or roughly $238 million, against the company for its failure to protect customer data. A “Group Action” has also been initiated by consumers in the UK who have received a group litigation order that permits individuals to file claims by January 17, 2021, and observers have suggested that individual claims could see an average value of £6,000 each, or roughly over $7,500.

If so, we would like to speak with you. Please complete the questionnaire below, send us an email at info@classlawdc.com, or give us a call at (202) 470-3520.

The lawyers at Migliaccio & Rathod LLP have years of experience in class action litigation against large corporations, including in cases involving data breaches. More information about our current cases and investigations is available on our blog.