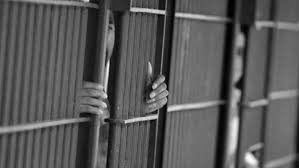 In her opinion, the Hon. Brenda Sannes of the federal district court for the Northern District of New York detailed the disturbing facts of the case, including testimony that inmates suffered symptoms associated with starvation such as excessive weight loss, hair loss, receding and bleeding gums and nausea. For instance, one inmate weighed approximately 250 pounds when he entered the Jail in late 2012J; by the time he left in early 2013, he had lost so much weight that  his prosthetic leg no longer fit, and though he asked staff at the Jail to purchase “stump socks,” which would have allowed the prosthetic to fit correctly, instead, staff took away his prosthetic device and placed him in the medical unit. The opinion also noted expert testimony that inmates had resorted to eating toothpaste and toilet paper, aberrant behavior which the expert said is consistent with symptoms of severe hunger.

On these facts, the Hon. Sannes has ruled all of plaintiffs’ Eighth and Fourteenth Amendment claims – which require prisoners be served nutritionally adequate food – will proceed to trial. Any individuals who were placed into custody of the Jail for two consecutive weeks – from July 2011 to final judgment – are eligible to join this class action lawsuit. The class is represented by attorneys at Migliaccio & Rathod LLP in Washington D.C. as well as attorneys at the Law offices of Elmer Robert Keach, III, P.C.  The case bears a caption of Hill v. Cty. Of Montgomery, No. 9:14-cv-00933 (BKS/DJS) (N.D.N.Y.).

Class counsel believe that the practice is likely widespread as state prisons are often among the first to suffer the brunt of state budget cutbacks.  For more information or to report a similar practice elsewhere, please contact Migliaccio & Rathod LLP at info@classlawdc.com or at 202-470-3520.